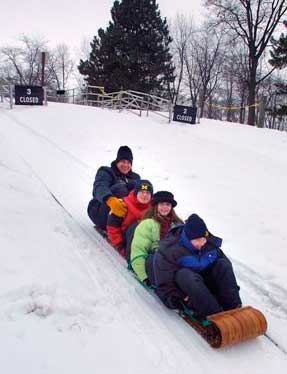 The first winter storms are just starting to arrive and you can be prepared to have fun in the snow if you’ve got your toboggan built and ready to go.

These plans for building a toboggan sled come from The American Boy’s Handy Book which was first published in 1882. Many of the projects in this book are still great for kids to build today including this tobaggan.

This sled is more like a mammoth snow-shoe than the ordinary sled, sleigh or jumper that we are accustomed to seeing. It is suitable for the deep snow and heavy drifts, where the runners of a traditional sled would break through the crust and get buried. The toboggan presents a broad, smooth bottom to the snow, and glides over the crust.

To build one of these sleds you must procure two pieces of quarter-inch pine lumber eight or ten feet long and one food wide.

Place the two boards side by side and join them together by the means of round cross sticks; the latter are bound to the bottom board by thongs; the thongs pass through holes in the bottom boards on each side of the cross stick, and are made fast by a series of “hammock hitches”.

Where the thongs pass underneath the bottom board grooves are cut deep enough to prevent the cord from projecting; the grooves are quite necessary, for if the cords were allowed to project beyond the surface of the boards they would not only impede the progress of the toboggan, but the friction would soon wear out the thongs and the sled would come apart.

On top of the cross sticks two side bars are lashed; the front ends of the boards are then curled over and held in position by two thongs made fast to the ends.

After building check all straps and fasteners and test on some smaller hills before hitting the mountains. 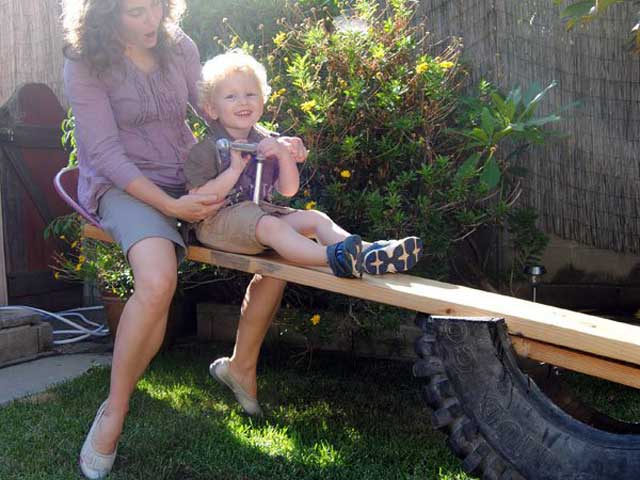 How To Build a Tire See Saw 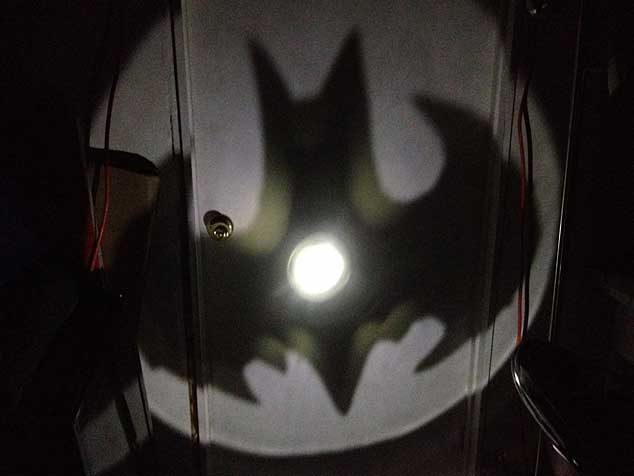 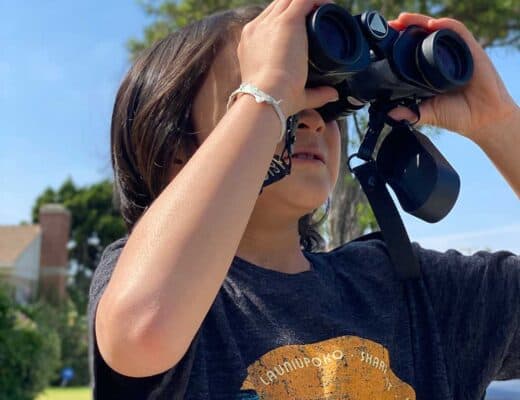 Catch the Bug for Birding