The Art of Roughhousing

Growing up, roughhousing wasn’t exactly encouraged in our house but it wasn’t discouraged. I’ve got two younger sisters who didn’t always appreciate being pushed around by an older brother but our parents started them on gymnastics and jujitsu early on and jujitsu and judo for me. It’s a wonderful thing to know how far you can push your body at a young age which makes growing into your body that much easier and less awkward. Gymnastics and martial arts are fairly restrictive and safe activities but they do allow for a lot of physical contact and you learn how strong your body really is.

Having that background was vital as I transitioned into playing football and wrestling in high school and although safety was always at the forefront of my childhood activities, being scared or playing scared was not part of my world and I thank my parents for this.

Two healthcare professionals have also found the value in physical play and have co-authored a book, The Art of Roughhousing, which has also led to a movement of allowing children to be themselves and encourage them to play with their parents and friends in a safe but “rough” way.

The authors, Anthony T. DeBenedet, M.D. is a board-certified physician in internal medicine and Lawrence J. Cohen, Ph.D. is a licensed psychologist specializing in children’s play and play therapy. They claim that your children will recover from a bump or a scrape or even a broken arm but it’s much harder for them to recover from being overly timid, from not knowing how to use and move their bodies, from the effects of sitting on the couch like a lump, or from feeling distant and alienated from their parents.

“Our society seems to have shifted from Safety First to a fretful motto of Safety Only. The result is that children are under-adventured and out of touch with their bodies and with the world around them. That isn’t very safe, either.”

Many of these adults are seeking a release and that is why you see so many “adult” pillow fights popping up in urban places such as Union Square in New York. It brings everyone back to place of pure joy that we are getting in our lives or lets adults experience for the first time the pleasure of smacking someone across the face with a pillow. 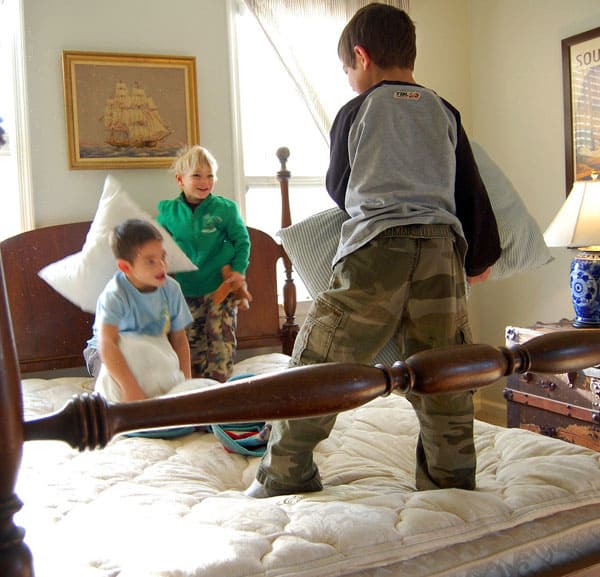 More about The Art of Roughhousing:

“The Art of Roughhousing is an impassioned defense of good old-fashioned horseplay. Why does it need defending? Because it is rapidly disappearing, or disparaged as unsafe or “too wild.” Through research, and real-life examples, this book makes the case that roughhousing will bring you and your children closer together; improve their cognitive and emotional intelligence; and promote physical health, strength, and flexibility.”

“The Art of Roughhousing is also a manual, filled with cool moves, techniques, games, and roughhousing ideas—with easy-to-follow instructions and illustrations. There are old favorites, like pillow fights and airplane, and new ones, like Rogue Dumbo and Crane.”

“Roughhousing is play, which means that it is done for its own sake, it is joyful, and it flows with spontaneity, with improvisation, and without any worries about how we look or how much time is passing by.”

“Roughhousing is physical, which means that it integrates our bodies with our brains, and promotes physical fitness, release of tension, and well-being.”

“”Roughhousing is interactive, which means it builds close connections between our children and ourselves, especially as we get down on the wrestling mat and join children in their world.””

“Roughhousing is rowdy, which means that it pushes us out of our inhibitions and inflexibilities. Rowdiness is not dangerous, as long as we have the safety that comes from knowledge, close supervision, and carefully paying attention.”

Do you roughhouse with your kids and if not what’s holding you back? 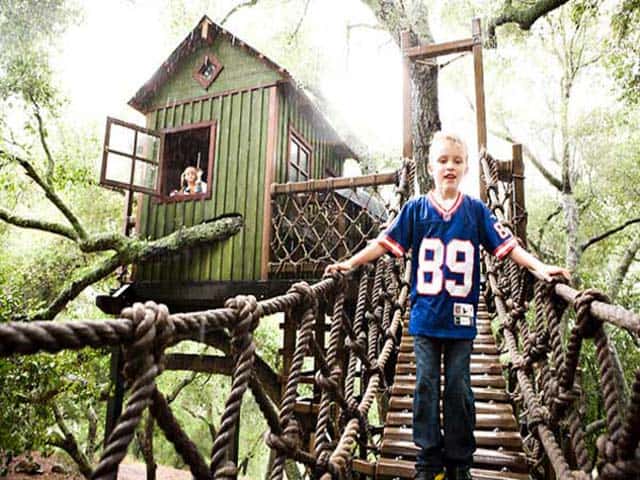 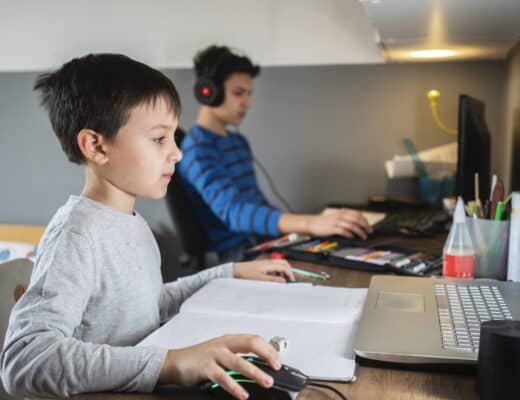 Tips for Creating an A+ Remote Learning Workspace 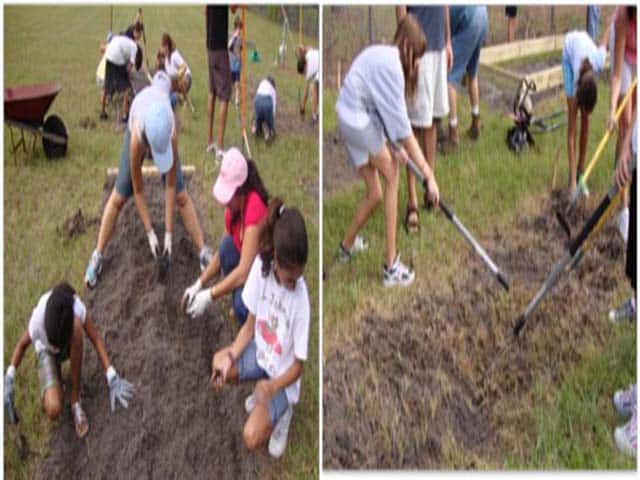