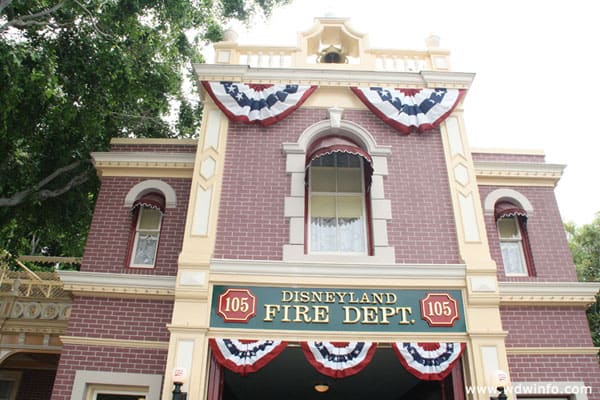 As you walk down Main Street in Disneyland you’ll pass by an old fire station but do you know that above that fire station was Walt Disney’s private apartment. A light is always on in the window as a tribute to Walt and the apartment is still decorated with antiques like cranberry lampshades, vintage instruments and a grandfather clock, just as Walt left it.

The apartment isn’t open to the public but in previous years they have done private tours. The apartment has housed such notable guests as John Wayne, Johnny Depp, Dick Van Dyke, Julie Andrews, Frank Sinatra, and not to mention was Walt Disney’s own home away from home.

A recent interview on the Huffington Post by Walt’s daughter, Diane Disney Miller who is the founder of the Walt Disney Family Museum in San Francisco, sheds a bit more light on this secret apartment and life with her dad Walt.

Could you tell me a little bit about the apartment? What your favorite part was, the important features?
It was their refuge, it was their little place. The decor, it was all little things that they picked up when they were traveling around the country various times, and it was decorated by Emile Kuri, who had decorated many of the films, including “20,000 Leagues Under the Sea,” and it was lovingly done. It was really a very cozy, family place.

Did a lot of people get to go up there, or it was a very private place?
Very private. It was for them. It was their residence there and they would invite people up, if there were special people in the park, mother and dad would go out and they would invite them up. Early, it was during “Davy Crockett,” I remember there was some event there that day and Fess Parker and Buddy Ebsen were both out there for it, and dad was looking out that window and saw them and he said, “Hey, come on up!”

He told them how to get around, back behind, and get up to the apartment and there was a fire pole in it, it’s not there now, but there was a door into the closet area that had a fire pole, like the firemen would have, and he showed it to them and said, “Why don’t you guys slide down that?” And they did! People would say, did your father ever do that? I’m sure he didn’t.

You had a screening room in your house, right?
Yes. He put it in when he started to do the live action films. The first one was “So Dear To My Heart,” and then “Songs of the South,” the Uncle Remus stories. That’s when he put it in, because he wanted to come in and watch dailies.

What was his favorite ride?
They were all favorites to him, and he was always tweaking them, but he really was into Tomorrowland. The Monsanto House of the Future he thought was very interesting, he took my husband and I there and said you might want to get some ideas here for a home, and I’d never want to live in a house like that, but again, he got into all the animatronics when they did the New York World’s Fair in 1963, they did the Tiki Bird room around that time in Disneyland.

And he was delighted with the new audio animatronics; that, for a while was definitely his favorite. And then they did another audio animatronics, and I don’t think they have it any more, the Country Bear Jamboree, he was very excited about that, and then he was very excited about the haunted house, the Pirates of the Caribbean ride, and none of those things were completed until after his death. But he was always looking to the thing he was doing to be the furthest thing.

What made you want to start the museum? Why did you think it was important to get the message about his life out there?
I don’t think anybody really knows him. His name is so familiar and the brand is everywhere and the company gets larger and larger, but there were a couple of really terrible books written about him. There was one that was a total invention. And I thought, what can I do? And the best way, I realized, we did a little film on him, and then we had a website done by the authors who made the film, Richard and Katherine Greene, and it would get lots of comments. It was presented like a virtual museum of Walt’s life, and it would get comments like, where’s the real museum?

And then I encountered enough people who said “I love your father” and enough of the negative comments, other little kids would say to my kids, “My mother said your grandfather was anti-Semitic” or “Your grandfather is frozen, isn’t he?” And I couldn’t let that stand. And I thought, I have a really good life because of him and the one thing I can do is establish this place, and I wasn’t doing it just for him, I was doing it for all those millions of people that kind of love him.

What is the one thing about him that you think people should know?
No one understands that he was really a dad. He drove my sister and me to school every morning. Every weekend, either Saturday or Sunday, he’d say it was Daddy’s day, where he’d take us all day to the local park where they had a beautiful carousel or take us to the studio — we’d run around the studio on weekends when there was nobody there, we’d go into every animation room and prowl around the lot. He was really a dad. He went to every school function, every Father’s Night.

I had a little friend, Elizabeth, and she was the daughter of [famed producer] Darryl Zanuck, and in the 7th-10th grades, she was very inclined to show business and she always made us do a skit for the school talent show. And several times, when it needed props, we went with my dad to the studio and we went to the carpenter’s shop and he himself made some props for us. He was very good with his hands, he had worked as a carpenter with his father.

Here’s a video of Walt’s apartment from Disneyland. 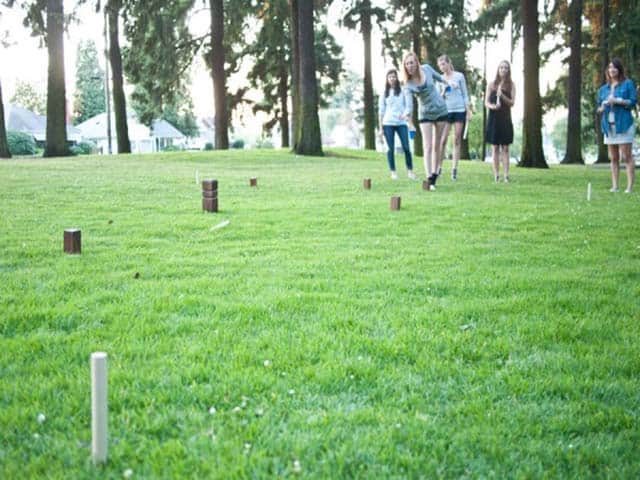 How to Build a Kubb Swedish Lawn Game Set 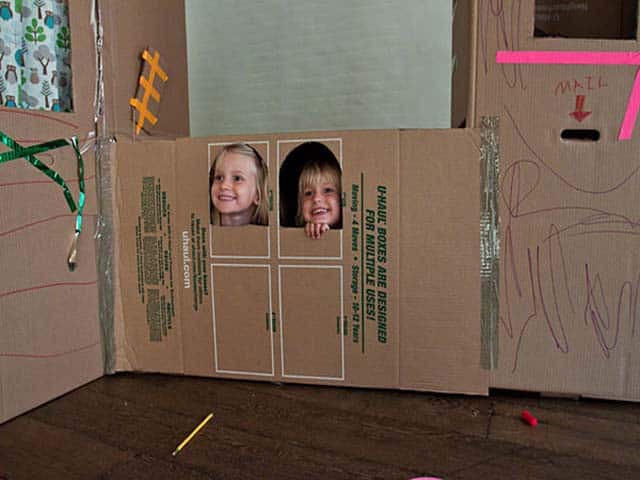